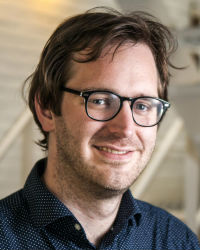 is a Postdoctoral Researcher at KITLV/Royal Netherlands Institute of Southeast Asian and Caribbean Studies in late colonial history and the history of decolonization, with a particular focus on early twentieth century Indonesia. At KITLV he is currently affiliated with the project ‘Dutch military operations in Indonesia, 1945-1950’, which explores the forms and functions of violence and atrocities during the Indonesian war of independence. Bart’s own current research focuses on continuities of revolt between colonial, decolonizing, and independent Indonesia. Apart from a number of articles relevant to the present network, he edited the volume (together with A. Dirk Moses) Colonial counterinsurgency and mass violence: The Dutch empire in Indonesia (Abingdon: Routledge, 2014). His PhD thesis (2014) dealt with ‘Negotiating Modernity: Europeanness in Late Colonial Indonesia, 1910-1942’.