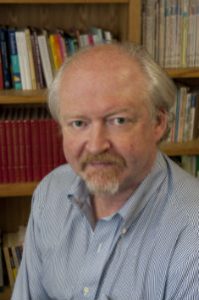 David M. Anderson is Professor of African History, in the Global History & Culture Centre at the University of Warwick, having previously taught at the University of Oxford, SOAS London, and Birkbeck London, and held visiting positions at Princeton University and the University of Cape Town.  He also currently holds an International Faculty Professorship at the University of Cologne.  Anderson’s interest in counter-insurgency research grows primarily out of work on the colonial and post-colonial history of Kenya, but he has researched and written more generally on other African and British colonial cases.  His most recent research examines the impact of amnesties during insurgencies, the creation and deployment of state-sponsored militias, and the general character of state violence, taking in current Islamist insurgencies in Africa and the Middle East as well as historical colonial cases.