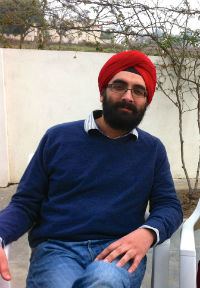 research is focused upon histories of colonialism in South Asia. I have particular interests in the hybridities of Empire – of the networks of peoples and ideas that could make even the most marginal individuals polyglot, multicultural bodies. My previous work explored the war testimonies of Indian soldiers during the two World Wars. My current work is an investigation of communities of migrant Indian labourers across the Pacific and their connection to revolutionary movements at home and abroad.

The Testimonies of Indian Soldiers and the Two World Wars: Between Self and Soldier. (London, New York and New Delhi: Bloomsbury, 2014/2015).

‘Mirrors of Violence: Interracial Sex, Colonial Anxieties and Disciplining the Body of the Indian Soldier during the First World War’. Harald Fischer-Tiné (ed.), Anxieties, Fears and Panics in Colonial Settings: Empires on the Verge of a Nervous Breakdown, (Basingstoke: Palgrave, 2017). (forthcoming)

‘India and the Great War: Colonial Fantasies, Anxieties and Discontent’. Features Article for Studies in Ethnicity and Nationalism, Vol. 14, No. 2, October 2014.