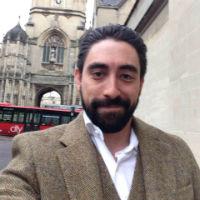 is a Research Associate at the University of Oxford.  He is currently the Principal Investigator on an AHRC Early Career Research Grant entitled Rebellion and Mobilisation in French and German Colonies, 1914-1918.  The project looks primarily at anticolonial uprisings in the French empire during the First World War, from North and West Africa, to Madagascar, Indochina and New Caledonia.  Jonathan is the author of Early Trench Tactics in the French Army: the Second Battle of Artois, May-June 1915, was editor of The Greater War: other combatants and other fronts, 1914-1918 and won a 2014 Moncado Prize for the article The French Attack on Vimy Ridge, Spring 1915.”