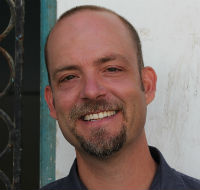 Jonathan Wyrtzen’s teaching and research engages a set of related thematic areas that include empire and colonialism, state formation and non-state forms of political organization, ethnicity and nationalism, and religion and socio-political action.  His work focuses on society and politics in North Africa and the Middle East, particularly with regards to interactions catalyzed by the expansion of European empires into this region.

His first book, Making Morocco: Colonial Intervention and the Politics of Identity (Cornell University Press, 2015) examines how European colonial intervention in Morocco (1912–1956) established a new type of political field in which notions about and relationships among politics and identity formation were fundamentally transformed. He is currently working on a second book manuscript, tentatively titled Reimagining the Middle East: Jihads, Empires, and the Long Great War. This project focuses on an interconnected set of jihads/revolts from Morocco to Iraq between 1911-1931 to demonstrate that, rather than being imposed unilaterally by the European imperial powers, the modern political map was negotiated on the ground through violent clashes between local and colonial visions for the postwar order.