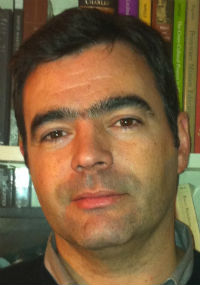 (PhD King’s College London, 2008) is a Research Fellow at the Centre for Social Studies-University of Coimbra, Portugal. He was a Visiting Assistant Professor at Brown University (2011 and 2012). Recently, he has been working on the historical intersections between internationalism(s) and imperialism, namely in the interwar period, and on the entanglements of idioms and repertoires of development and of societal control and coercion in late European colonial empires. He recently authored ‘The “Civilizing Mission” of Portuguese Colonialism (c.1870-1930)’ (2015) and co-edited ‘The ends of European colonial empires: Cases and comparisons’ and ‘Os passados do presente: Internacionalismo, imperialismo e a construção do mundo contemporâneo’ (2015). He is also co-editor of the book series ‘História&Sociedade’ at Edições 70 (Portugal) and ‘The Portuguese Speaking World: Its History, Politics and Culture’ at Sussex Academic.