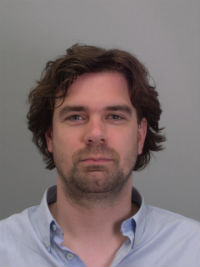 Roel Frakking’s thesis, ‘“Collaboration is a Very Delicate Concept”: Alliance-formation and the Wars of Independence in Indonesia and Malaysia, 1945-1957’ (European University Institute, Florence, Italy) is a case study in the interface of late European empires and colonized societies. Specifically, it investigates how the Dutch and British empires tried to recruit local forces in Indonesia and Malaysia respectively to protect their economic assets, and how local communities and power brokers negotiated decolonization to their own ends. Frakking’s research takes empires as a single analytical unit; as spaces of multi-directional causes and effects. His most recent publication (International History Review, 2016) analyses how during the war for Indonesian independence (1945-49) the Sundanese of West Java pursued an alternative path to independence and how they, in the process, clashed with both the Dutch colonial authorities and their opponents in the Republik Indonesia.